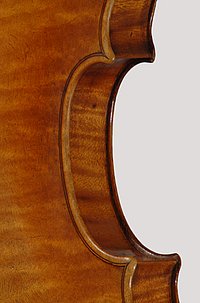 In 1951 Gustave Huguenin from Corseaux-Vevey presented the Musikkollegium Winterthur with a gift of «a quartet of original works by Jakob Stainer», a truly unique donation. The contribution was made in memory of his father, who went to school in Winterthur, as well as in memory of his own year of «apprenticeship» in Winterthur, during which time he played in the City Orchestra. Another important factor was his friendship with Georges Zellweger, the longest-term member on the Kollegium’s board at the time. Both men were aficionados of music and collectors of string instruments. The benefactor wanted the Stainer quartet to «remain in the permanet possession of the Kollegium» and to be played «frequently» by the members of the board as well as by the Winterthur String Quartet.

The Stainer quartet was inaugurated by the Winterthur String Quartet in a «soirée» ceremony on 22 November 1951. Further use of the instruments was defined in the so-called Stainer Statutes of 1951/53.